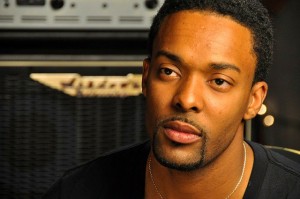 Damien Horne is a soulful union of musical history. He’s a boundary-obliterating singer/songwriter whose artistry unites R&B melodies, catchy pop hooks, and distinctive elements of hip-hop, soul, and rock to change the atmosphere of contemporary music with a uniquely uplifting message. Damien was raised in Hickory, North Carolina by a single mother and is one of twelve children. He began his musical journey at age eleven singing in his local Salvation Army Church. Damien was soon competing in local talent shows and performing in a traveling production of Godspell.

After high school graduation, he got on a greyhound bus and followed his musical dreams to Hollywood. He soon found himself homeless. It was a beginning that leads most men to destruction. It led Damien to redemption when he was rescued by The Covenant House. A year and a half later, he found himself back in North Carolina, this time, with a band, Stellar Tree. Eventually Damien and his band relocated to Nashville.

One evening playing for tips on Nashville’s historic 2nd Avenue, Damien crossed paths with John Rich. Rich invited Damien to perform at MuzikMafia, the Nashville-based artist collaborative-turned- phenomenon that yielded multi-platinum recording artists Big & Rich and Gretchen Wilson. Damien’s music is supported by the Mafia’s mission to promote greatness in all genres without prejudice. Damien simultaneously pursued his music career and worked towards a college degree. His poetic lyrics “love came crashing down just like rain against my skin” secured him a publishing deal with Big Love Publishing (BMI – Nashville). He earned an Associates degree from Free Will Baptist Bible College where he also became an ordained minister.

Through Damien’s relationship with MuzikMafia, Damien’s undeniable talents and high-energy performance style have earned him opportunities to open for and perform with artists from every genre; Robert Randolph, John Cruz, Kid Rock, the Neville Brothers, Bon Jovi, Velvet Revolver, Shemekia Copeland, Hank Williams Jr., Dwight Yoakam, Robinella, Bettye Lavette, Keith Urban and more, all while remaining true to his inimitable style. He has just completed his first full-length album, produced by Big Kenny of Big and Rich. When asked about the project Big Kenny offered, “I have never met a more important artist for our times, completely real, unique, deserving and uplifting. I cannot stop until the world hears his music. He writes, he sings, he plays piano and guitar, he dances like ‘the man’ and you know it when he backflips off the stage in a way that would make James Brown proud.”