written by soulmusic2012 on October 8, 2012 in Soul Music Lives with no comments
← older posts newer posts →

There is a time such as this for us to tell the world that #SoulMusicLives in Music City! Read who is behind the Kickstarter Campaign and why NOW is the time to launch this project.

I’m Christina Sheer and 10 years ago I moved from Motown to Music City … well, Murfreesboro actually which is south of Nashville to go to Middle Tennessee State University to pursue a dream to be in the music industry.

I made a lot of friends.
Went to countless shows.
And learned who I really am and what is most important to me.

Now, I am a full time entrepreneur and my college dreams have finally become a reality!

I own two businesses.Music Biz Takeout which provides career advice for the DIY Artist and Sheer Goodness, a PR company that provides social media services for businesses in the Music City tourism industry.

The past two years I have been trying to figure out how I can take my two passions … music & tourism … and bring them together.

Finally, I’ve come up with this idea and TODAY I am inviting you to become a part of it!

First — When the Fisk Jubilee Singers sang for England’s Queen Victoria in 1872, she asked them where they were from. When they told her Nashville, she responded, “That must be Music City, U.S.A.”

Secondly – One of the greatest guitarists of our time, Jimi Hendrix was quoted by the LA Free Press in 1967 as saying “That’s where I learned to play really – Nashville”

In keeping with the history of Music City, it’s time for us to show the world that #SoulMusicLives here. I’ve invited a couple of my gifted friends to get involved with this project.

These amazing artists will be featured on a 7 song EP produced by the one & only Shannon Sanders.

So now its time for you to get involved and back this Kickstarter project!

Whether you have $5 or $5000 you can be apart of music history by helping us make sure that the world knows that #SoulMusicLives in Music City. 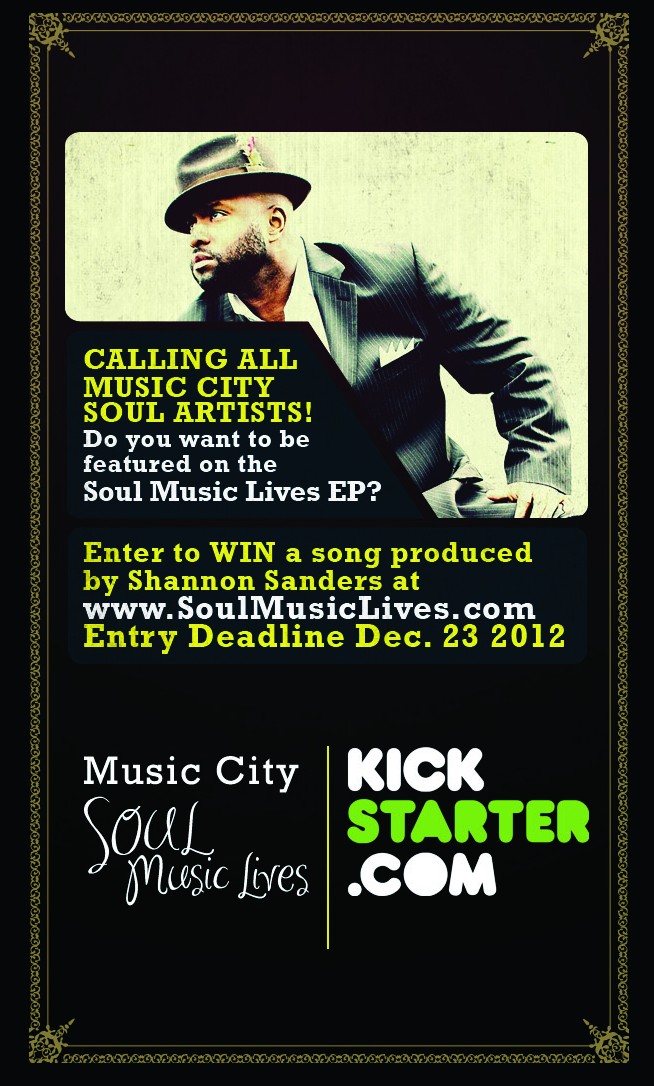