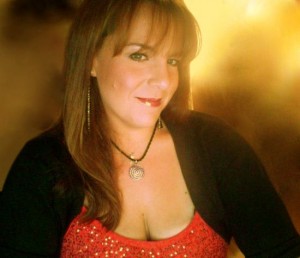 Maureen Murphy grew up in a small town in Cape Cod, Massachusetts. She knew from an early age that she wanted to sing and live her life around music. She began developing her skills as the lead soloist in her hometown church, while building a strong and loyal fan base and showcasing her unique and dynamic abilities with numerous local performances. Maureen was awarded a rare Music Talent Scholarship at Berklee College of Music in Boston, where she continued her music education and honed her craft through private instruction, hundreds of live performances and long hours in the recording studio.

After attending Berklee, Maureen moved to Harlem, NYC and eventually settled in Nashville, Tennessee to pursue her dream of being a recording artist. Since moving to Nashville, Maureen has become a staple on the local club scene. She has been performing to standing room only crowds of enthusiastic fans, and admiring musicians, from whom she has gained high regard and respect for her talents. In May 2010, she made her debut at the historic Ryman Auditorium in Nashville, TN, which was also broadcast the performance live on National Television on the GAC network. Many have heard Maureen’s jaw dropping performances of the National Anthem for the Nashville Predators and 20,000 Preds fans. Maureen has also caught the attention of other recording artists and prestigious organizations, having performed with John Mayer, Shawn Mullins, Will Hoge, The Gabe Dixon Band, The Boston Symphony, and The Nashville Symphony.

Maureen’s debut EP entitled Won’t Wait Around, was recorded at Blackbird Studios Nashville. Since the release of the EP, Maureen has captured the attention of local and national press, including feature articles in Southeast Performer Magazine, and Music Connection Magazine. Maureen has frequently been featured on Nashville’s 1 independent local radio station, WRLT Lightning 100.1. Additionally, Maureen’s voice has appeared on Georgia Public radio, in partnership with Eddie’s Attic, Atlanta’s premier live music venue which she also performs at on a regular basis.